Finally, something to combat the Cubs fans on the internets with when they use this pic, the wonderful folks at Sexy People, give us this: 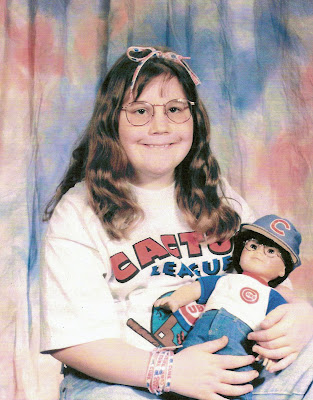 Boxes Remind Me Of Triangles

My street runs from east to west. I like that there is a mailbox only a block away, because, for whatever reason, sometimes my mailman doesn't take my mail and I have to drop it off at that very same mailbox. Of course, not many things get mailed anymore. My bills are all paid online. Today I dropped off some invitations in the mailbox, but it was the mailbox caddy corner to my butcher, not the one closest to my house. I bought a ribeye and a loaf of french bread and made a sandwich when I got home. I've noticed it's staying lighter out now and we will be switching to daylight savings time this weekend. Isn't it odd that someone has to tell us what time it is? What nerve.

Work is going well. Well, as well as work can go. There were days in the past when men wore suits to go to work, now they were jeans and tennis shoes. Tennis shoes, I say. Whens the last time you played tennis at work? Well, unless you're Arthur Ashe, you probably... um... Sports are in the news a lot today, but never for what you want to hear about. There was a time when you never heard a bad thing about athletes; like Mickey Mantle, for instance. Then Jim Bouton came around and ruined it for everyone.

Times are tough again. Mustard isn't as popular as barbecue sauce. I've been having some plumbing issues at my house. People sure do like shrimp. I remember when magazines came once a month, not every week. Sometimes, when the wind blows right, I wear a light jacket. Shouldn't we have invented a better way to iron shirts by now? People used to be named "Duke."

Nobody is named Duke anymore.

There you go, Andy. That can be next week's script.