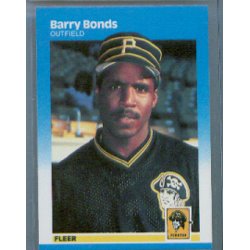 Last March, I hopefully did the Internets a favor and filed my review of the self-proclaimed anti-hangover miracle drug Chasers, in my Chasers Experiment. I was reminded of this article earlier this week (Tuesday to be exact) when Sports Illustrated previewed a segment from the soon to be released book, Game of Shadows, which highlights Barry Lamar Bonds extensive steroid use over these past eight or so years.

What does Barry's steroid use have to do with me getting ass-faced by myself off of Rum and Sprites (God, they're delicious), you ask?

"11:15 - My roommate Matt has a theory which I am now ready to endorse. It will someday be made public that Barry Bonds was on steroids. Once that is revealed, Matt endorses having Barry's MVP trophies (from the steroid tinted seasons only) melted down into a hot, liquid, golden soup. Barry's punishment for being such a cheating asshole while he was playing? He must eat his golden MVP soup. After watching Barry's latest little press-conference, I agree. Someday, Barry, if I have anything to do with it, you will eat your trophies."

I stand firmly by Roommate Matt's theory to this day, and I sincerely hope that MLB commissioner Bud Selig hedes my advice and stages some sort of a Pay-Per-View this summer (maybe during the All-Star break?) where Barry is forced to drink his piping hot bowl of MVP Trophy Soup.

How much would I pay for this to happen? Well, considering I haven't worked a paying gig since October, and I have limited resources (to say the least), I would be willing to pay $150,000 to watch Bonds drink scalding hot metal. Good lord, he's an asshat.

What, dear connoisseur of these Internets, do you think Bonds punishment should be? Please, do not be afraid to think outside of the box. Honestly... Fuck that box.

[Have a great, winstrol free weekend.]

Comments:
I think he should be fucked in the ass by Frank Thomas (a real man) and his huge pipe.

Or, have to smoke fourty cartoons of cigarettes in a poorly ventilated garage with Jim Leyland

dude, fuck him.
he's not even worth a punishment by the public.

Let's just ignore him and let his sorry ass fade away.

Scientists should figure out how to impregnate him, since he was, afterall, taking infertility drugs. He should then be made to play the season while carrying a child. That would be a sight to behold while running around the bases.

he should be traded to the Mets. that oughta do it.

He should get drilled in the nuts by 73 baseballs each thrown by The Big Unit.

I say we give him paper cuts all over his body and then drop him in a pool filled with lemon juice.

Jam a rabid weasel down his throat and let it claw its way out of his digestive system.

I say that we make him write on a blackboard, ala Bart Simpson, the following phrase: